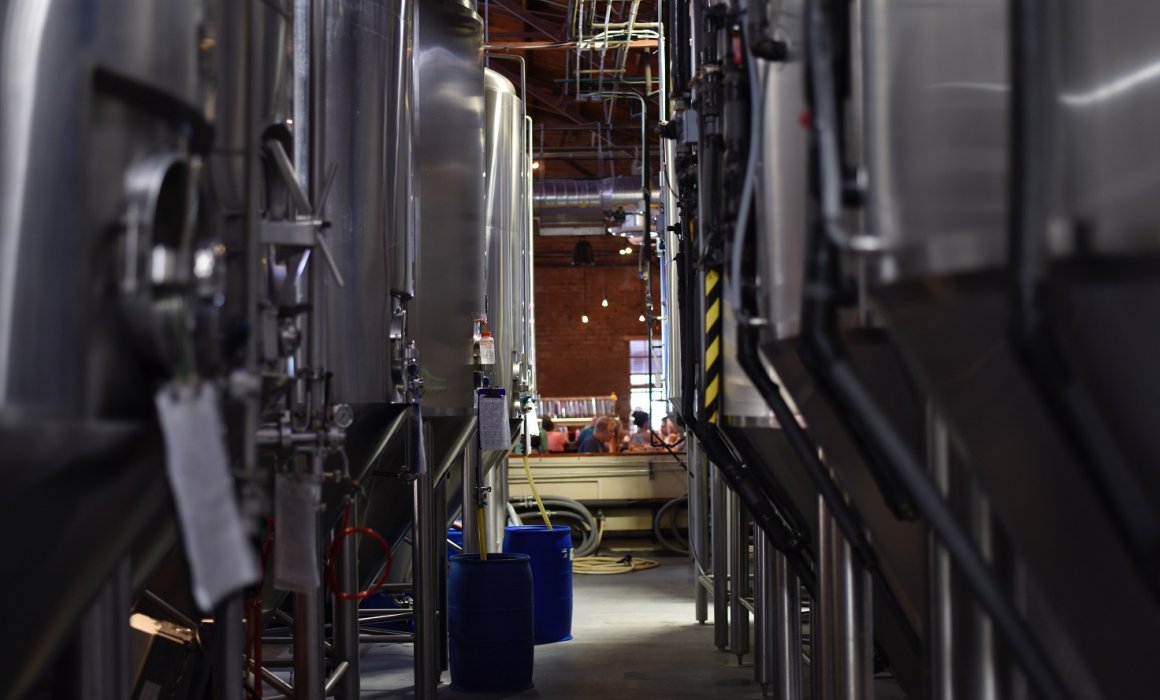 Pasteurization was developed by Louis Pasteur around 1864 and has been used in the beer industry since the nineteenth century. It refers to the reduction of microorganisms in beer or other foods by heating to a regulated temperature for a specific time in order to minimize the effect on physical stability and flavor while maximizing biological stability (1). Various organisms in beer are not pathological but affect the taste of beer (2). Draft beer is kept refrigerated and usually consumed in a short period of time, however, can and bottle beer is pasteurized for a long shelflife (1,3,4).

The shelf-life of beer has become a critical issue since it is one of the most consumed fermented beverages in the world (5). Beer’s shelf-life is determined by several factors including its microbiological, foam, colloidal, color, and flavor stabilities (6). Several months are possible if common contaminants are inactivated (7,8). This requires a pasteurization process at a time temperature of around 60°C (140°F) for about 20 minutes as stated in the book “Brewing: Science and Practice” by Briggs, Boulton, Brookes, & Stevens (9). Heat treatment of beer is currently done by flash pasteurization, batch pasteurization, or by tunnel pasteurization in the form of bottles and cans already sealed (10). Tunnel pasteurizers are an important procedure in the brewery packaging line (11).

The system includes a shell, tube heat exchangers, regeneration, and steam water heating. The water running off the packages falls into reservoirs and is recycled to the sprays. Tunnel pasteurizers use a single or double deck, nevertheless, the single deck conveyor has become more prevalent in the brewing industry in the United States because the lower decks in the double set are more likely to be subject to blockage (1).

Brewers should consider that aspects such as bottle size, material and shape influence the specific pasteurizing conditions, such as residence time within the tunnel, to achieve appropriate results (13). If pasteurization reaches a beer temperature too high from the desired level, flavors called “pasteurization tastes” may develop in the beer, along with alterations in the foam formation (15).

Tunnel pasteurizer manufacturers incorporated the term Pasteurization Unit (P.U.) to monitor the process, in order to measure the “lethal effect” of the heat on the microorganisms in the beer, tea, or other infused beverages (1). It is defined that 1 P.U. is added to the product when exposed to 60°C (140°F) for one minute. Lethality (P.U per minute) is a rate term exponential
with temperature (16). Lethality is significant only when the temperature reaches around 57°C (135°F), even when P.U accumulation starts at 49°C (120°F). The organisms which cause the most trouble in the brewing industry are lactobacillus, pedioococcus, and wild yeast, causing
turbidity and poor taste in beer (13), or, additionally, in the case of yeast, continued production of carbon dioxide leading to bursting bottles or undesired can expansion.

The theory of transfer of heat from the water spray to the beer in the can or bottle is that the film resistance to transfer is greatest at the inside wall of the container. The mixing within the container occurs via thermal conduction and convection currents generated while beer is heated
and circulated (1). The motion of circulation across the heat transfer surfaces reduced the internal surface film resistance and inclines to cause equilibrium in the beer temperature. The “cold spot” in the can or bottle is in the center of the bottom because is the last point to be in equilibrium
temperature. To ensure complete pasteurization of beer, the “cold spot” should reach the 60°C (140°F) which is the lowest possible peak temperature in order to avoid overheating the rest of the package since temperature gets higher going from the “cold spot” to the top of the can or
bottle.

Beverage makers also should be aware that different minimum P.U.s have
been considered as the requirement for pasteurizing different beverages. Fine filtered beer typically has a target PU range of 12 +/-2 for proper pasteurization, whereas hard cider may have a higher minimum magnitude of pasteurization starting at 20 to 25 Pus. Once we start talking about non-alcoholic beverages with natural sugars added we often change how
we talk about pasteurization and we look to hold the product at a temperature for a certain time, maybe 165F for 10 minutes as P.U. levels alone will not be enough for proper pasteurization. International brewing groups refer to the rate of under-pasteurized packages as one per 10,000
packages, being desired non-detectable or “less than 1” CFU/ml of aerobic and anaerobic bacterial testing, yeast, and molds.

Traditionally, tunnel pasteurizers use spray densities as low as 3.4 gals/min./ft. of tunnel surface area and use spray heads aligned in a straight line running the length of the tunnel. However, in poorly designed tunnel pasteurizers, measurements have shown a variance of water applied to the containers across the width of the tunnel, resulting in non-uniform heating or cooling of the beer. Modeling of the pasteurization tunnel has been demonstrated to be useful to predict the operation status of the process to make changes in the design, operation, or optimization (17–20).

There are different references of design, description, features, and capabilities of tunnel pasteurizers in the brewing industry; the publication by the Master Brewers Association of the Americas titled “A comparison of flash and tunnel pasteurization technologies used for brewery packaging applications” written by Duff et al., may be useful for delving deep into the topic. Another reference for more information is the Brewers Association for Small and Independent Craft Brewers where regularly published information on topics related to pasteurization appears.

Figure 2: Example of a Tunnel Pasteurizer by Richmond et al., 1987

ABOUT US:
PRO Engineering and Manufacturing was established in 1977 by Ed and Dave Michalski as a steel fabrication shop. For more than 40 years, PRO Engineering and Manufacturing, Inc. has been delivering solutions for beverage product shelf stability and consumption safety. As leading innovators in post-fill pasteurization, our skilled team offers the best in high-quality pasteurization equipment.